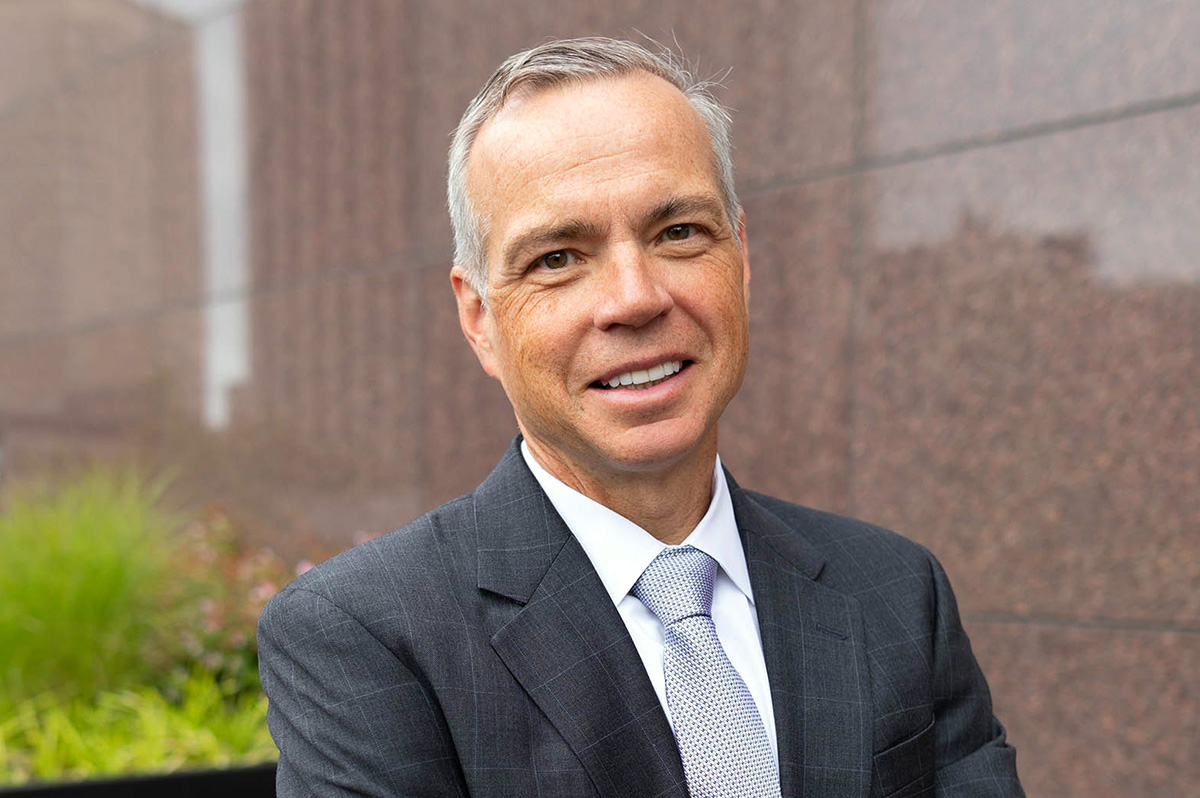 Stewart was raised on a dairy farm in Vermont and learned young not to be afraid of putting in hard work, driving tractors, milking cows, and baling hay. These days, hard work means staying connected with hundreds of employees over a wide geographic range, which he accomplishes with an impressive mix of proactive digital communications and face-to-face interactions. As President and Chief Executive Officer of DOWL, Stewart has led the company through unprecedented growth during his nearly 20-year tenure. All the while, he has continued to manage key transportation projects within the firm, and still has an affinity toward project management and client interaction. Stewart is known for honoring his word and being punctual. He appears to be good at everything, but would probably only give himself a C-grade at most things—not because he deserves it, but because he has a sense he can always get better. To improve, he loves to watch and learn from folks who are different and who think differently from him. Cycling is a passion of Stewart’s, and he’s competed (and won or placed) in many bike races across the country (a fact you’re not likely to hear directly from him because he’s modest). One thing he doesn’t mind bragging about are his two adult sons: one is a mechanical engineer in Seattle and the other is studying to be a lawyer in St. Louis. 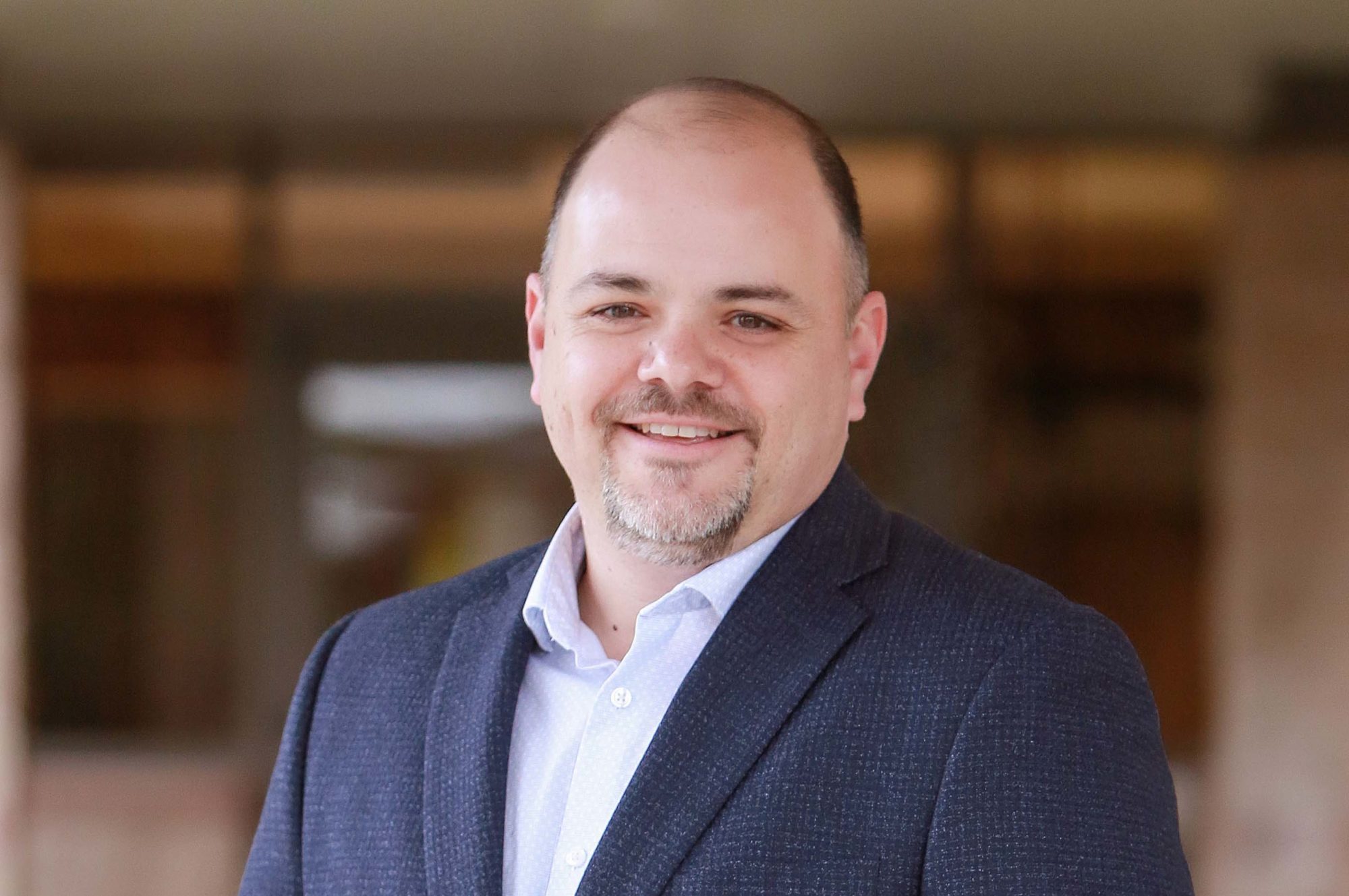 What do sports car enthusiasts and chief operating officers have in common? More than you’d think, says this former SCCA Solo 2 driver (car of choice: 3rd gen Mazda RX-7 twin-turbo) and DOWL’s Chief Operating Officer. Problem solving, attention to detail, being nimble, and enjoying your work are all skills adept COOs and drivers share, Jeff says. In his role as Chief Operating Officer, Jeff is responsible for business operations and oversight of DOWL’s practice areas. If you have had the pleasure of meeting and or working with Jeff, you know he has a talent for engaging people, encouraging participation, and above all else, he has a charismatic personality and is a joy to be around and work with. These days, he participates in sports just for the fun of it, and he takes more pleasure in helping others succeed than taking the checkered flag himself. Jeff looks to the past for inspiration. “My grandfather, a coal miner and logger, is my hero,” he says. “He had grit!” Jeff uses his own grit and determination to successfully implement big-picture programs, all while still finding time to mentor staff in shepherding large, public-sector roadway, trail, and bridge projects through to completion. 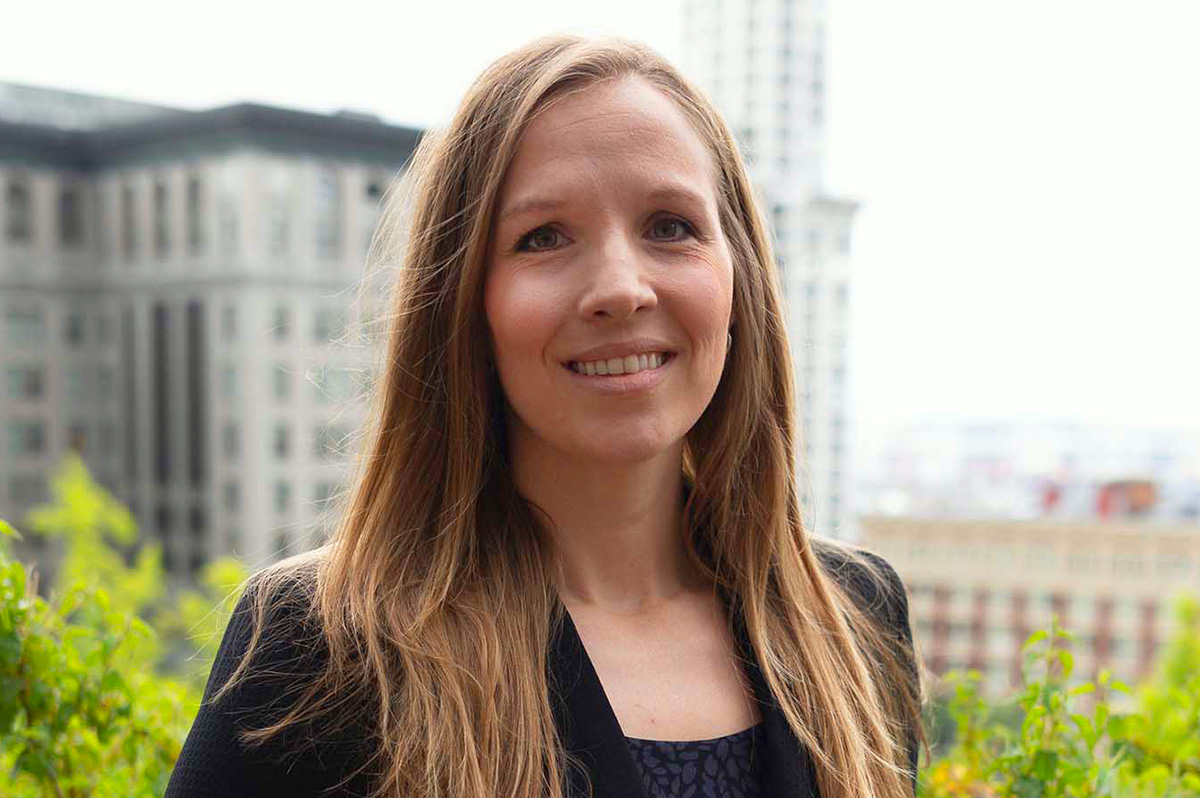 Kristina is DOWL’s soft-spoken Chief Financial Officer, but don’t let this calm, unassuming demeanor fool you. She’s simply saving her energy for her weighty responsibility at the firm–the planning, development, implementation, and evaluation of the organization’s fiscal function and performance. It’s a job that apparently requires coffee–lots and lots of coffee. When asked what she likes most about DOWL, she gives the most common (and best) answer: the people! And it’s no wonder since some of the best people at DOWL work in her accounting group. When not fueling herself at the coffee bar here at work, she’s outside with her family camping, kayaking, biking, and snowmobiling/machining (depending on where you’re from). Her hero is Flo Filion Meiler, who is well into her 80s and is breaking records in the pole vault, a sport she started in her late 60s. Kristina may be a little too early in her career to dream about retirement goals, but if pole vaulting is one of them, with her drive and a caffeine assist, we know she’d make her hero proud. 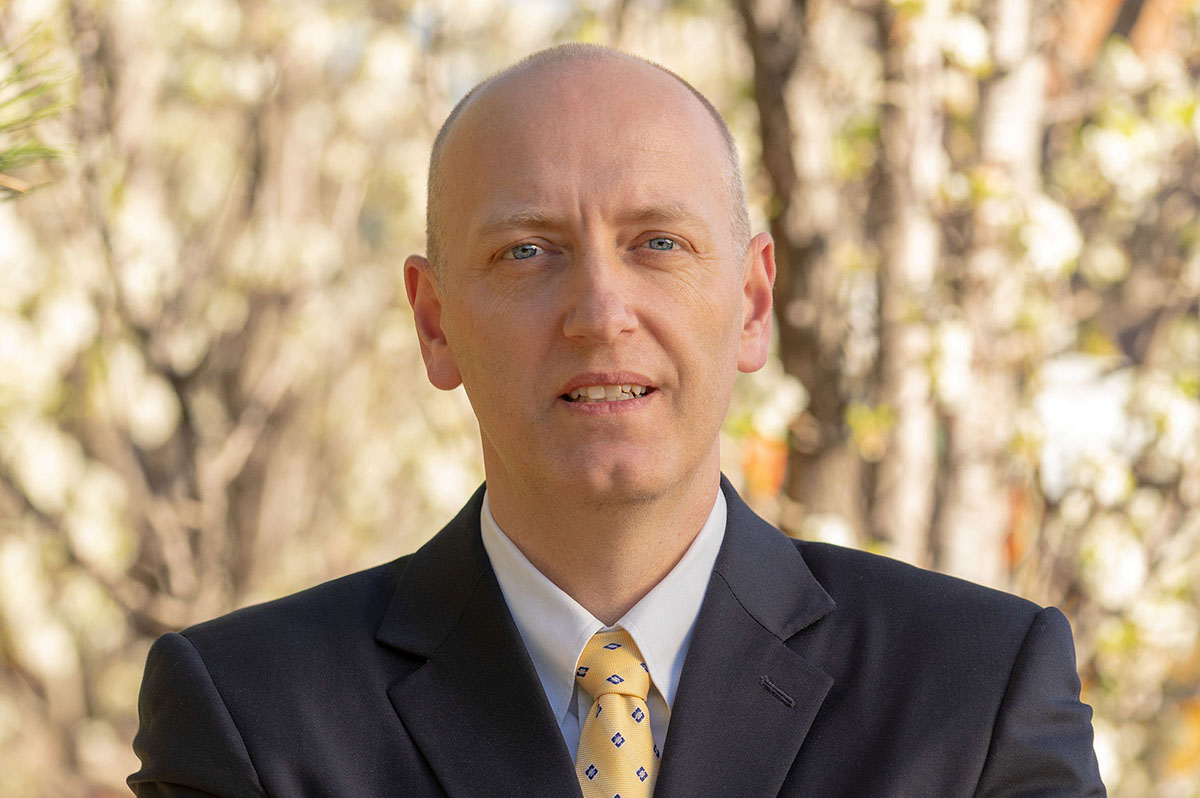 Kendall is a busy guy in all areas of life: profession, family, church, volunteering, hobbies, and constant house remodeling projects. He and his wife have a rather large family (seven children), and family and his faith are what gives Kendall energy. He gives 100% to the clients, projects, and staff in his charge. As DOWL’s Chief Risk Officer, Kendall is responsible for the stellar people at DOWL who keep track of risk throughout the company, from insurance and contracts to health and safety.  His skills as a hardworking manager and a natural problem solver are likely seeded by his favorite words to live by, courtesy of Ronald Reagan: “There is no limit to the amount of good you can do if you don’t care who gets the credit.” 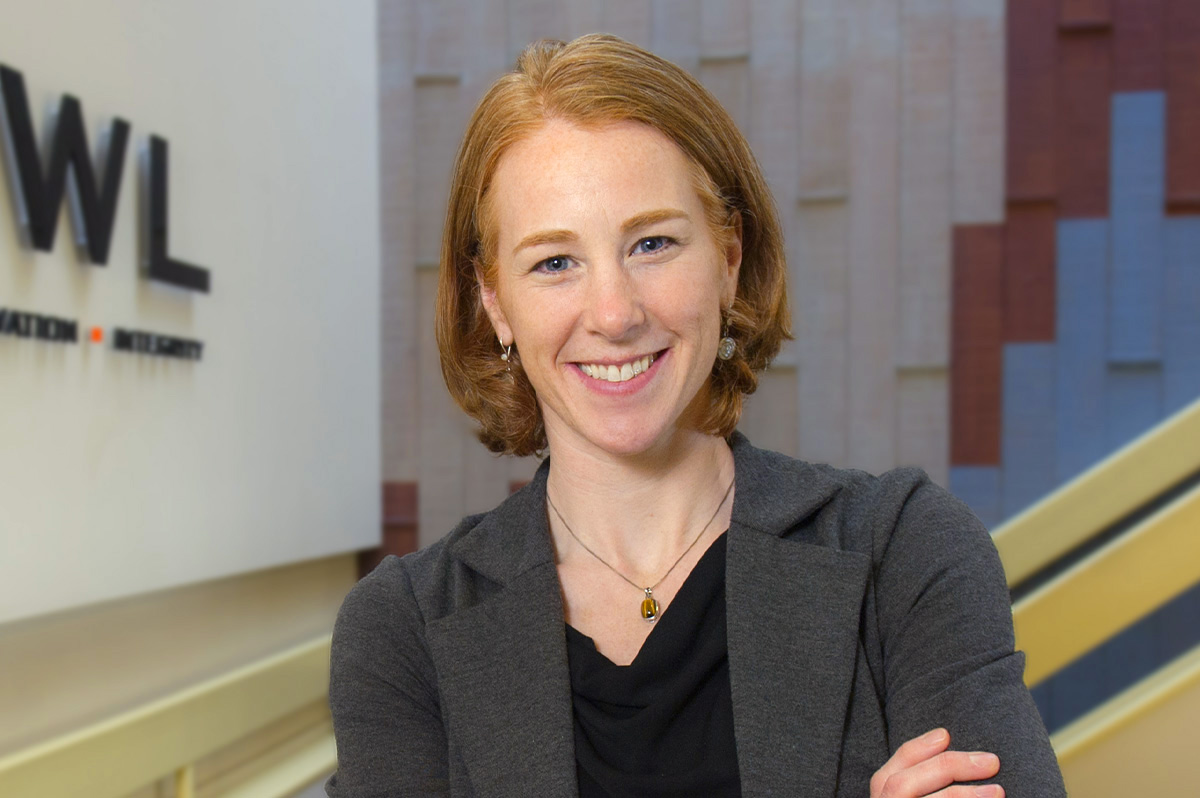 You know that saying, if you want something done right, give it to Rachel? Oh right, that’s probably just a saying at DOWL. As our Chief Administrative Officer, Rachel’s duties are simply too numerous to name, although a few include mergers and acquisitions assistance, board of directors liaison, facilities management, administrative staff coordination, business planning, and much more. Rachel also is the public involvement lead for several Alaska transportation projects. For fun, she enjoys Alaska’s mountains and waterways, running, biking, boating, fishing, and skiing. Rachel is a two-time winter Olympian who competed in biathlon, a sport that combines cross-country skiing and rifle shooting. She claims to be terrible at shooting trap and skeet, but she’s pretty modest—we would still hand her the gun if we crossed paths with a bear. 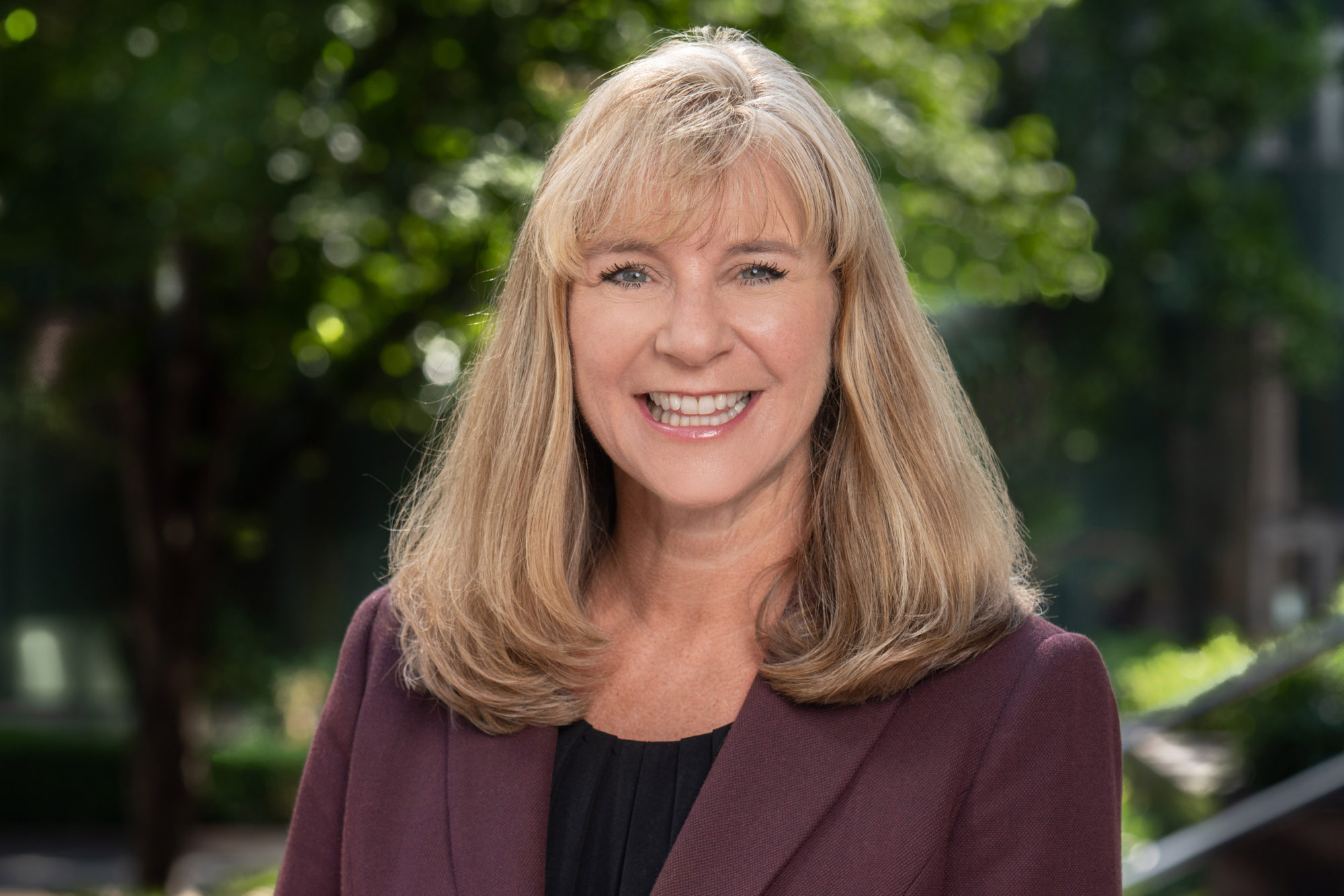 Most of us don’t know exactly what Keri’s designation “SHRM-SCP, GPHR, CPTD” stands for, but we think it means she’s really awesome with the people. This is good news given that Keri leads DOWL’s People Department, whose collective focus is on training and career development of our greatest asset, DOWL’s staff. Talk to Keri for only a moment and you’ll notice a great big smile. Apparently, she also smiles when she’s upset or angry, but we’ve thankfully yet to see that. We’re not sure her composure is due to her 25 years in the human resource field or her former life as an actor (she minored in theater in college). Either way, she’s approachable with professional cred that makes her perfect for her role. Keri loves adventure and spends as much time as possible traveling the world with her family experiencing and learning about different cultures, people, and places. Keri also likes exploring the Pacific Northwest’s bike trails, hiking trails, and rivers – all with a smile, of course. 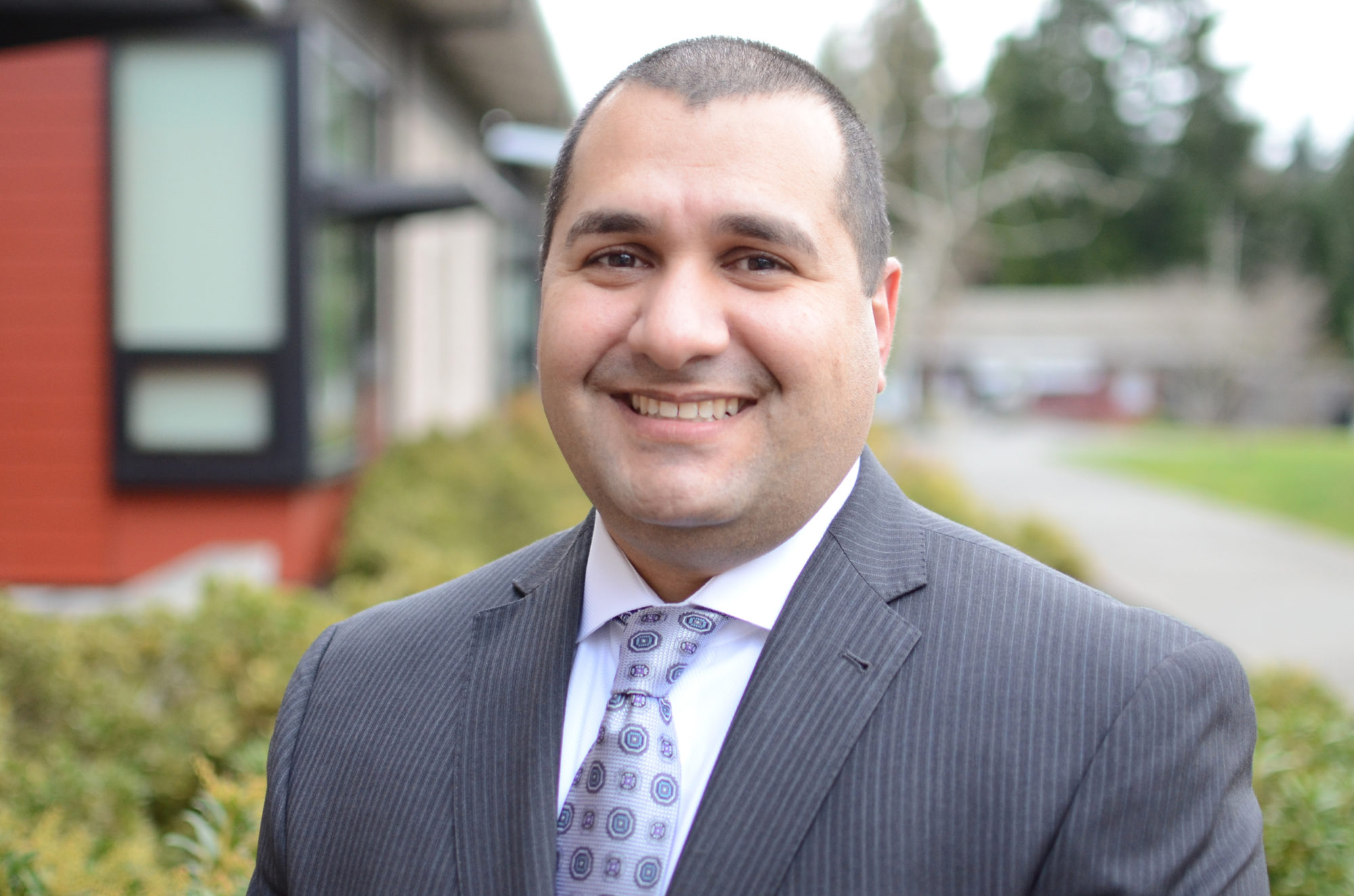 Ali is not your stereotypical information technology (IT) type, yet he’s exactly your stereotypical IT type. He can talk gigabytes and geo-referencing until your mind wanders to the roast beef sandwich in the company fridge, but he can also keep you in rapt attention when sharing stories from his childhood – like a foray into bagpiping in high school (kilt and all) or discussing his hero, his dad, who immigrated their family to the U.S. and worked hard to start over. As DOWL’s Chief Information Officer, we benefit from his technologically minded, people-focused persona. He and DOWL’s amazing IT group work to keep DOWL up to date on the latest IT offerings and keep us safe from ever-present, formidable, and all-around jerk cyber-criminals. You wouldn’t think Ali would have much time left in the day, but like many titans of industry, he doesn’t do down time. When not on the clock, you can usually find Ali adventuring with his family or digging into remodeling projects. 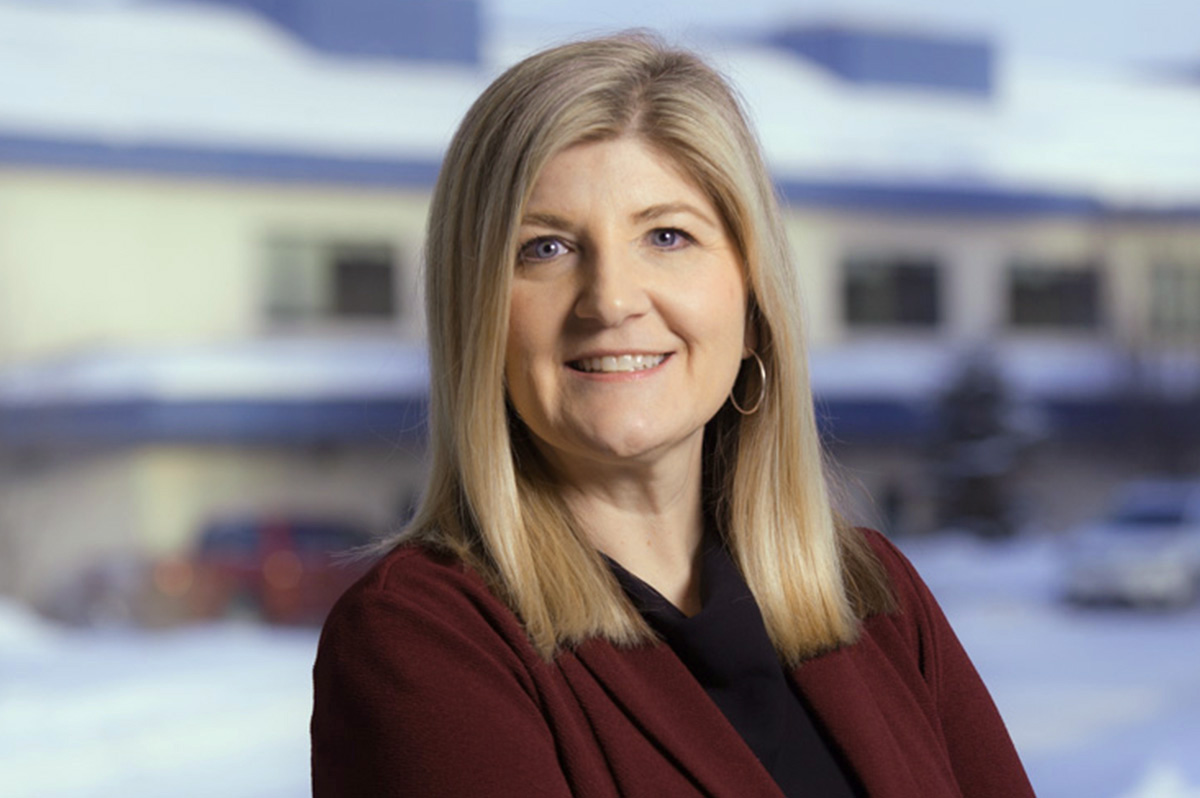 As DOWL’s Chief Marketing Officer, Jen leads DOWL’s corporate marketing and also provides public involvement expertise on large public sector projects. When Jen and Stewart Osgood, DOWL’s president and CEO, shared a common wall in the office, he mused that he could often hear folks laughing uproariously when they’re in her office. We’re not sure if they’re laughing with her or at her, but she doesn’t care as long as people are having a good time. Jen eats standing up, and much to the chagrin of DOWL’s IT group, she probably has the equivalent of two hoagies in her keyboard. Jen and the entire marketing and business development team use data, industry benchmarks, and some serious graphics talent to continually improve DOWL’s brand and sales tactics. On her off time, Jen loves shredding Alaska trails on a mountain bike, and by shredding trails she means slowly and carefully walking over roots and rocks in road bike attire. Afterward, she can often be found relaxing with a cold beverage in her “World’s Okayest Cyclist” hoodie.

At DOWL, marketing and business development are integral aspects of our firm’s success, pairing solid planning and research with the thrill and fun of a team pulling together to overcome obstacles. As DOWL’s Business Development Director, Josh works directly with regional business development leaders to foster relationships, identify opportunities, and win profitable work in line with DOWL’s business plan. He loves a challenge and can speak not one, not two, but five languages. His childhood dream was to be a radio DJ, but life and experience finds him now enjoying a good Excel spreadsheet more than thoughts of playing ‘80s rock over the airwaves. When not crunching data on his Excel Pivot Table, his go-to activities are hiking, biking, or skiing, but he also enjoys nights in with his family in front of a good movie.